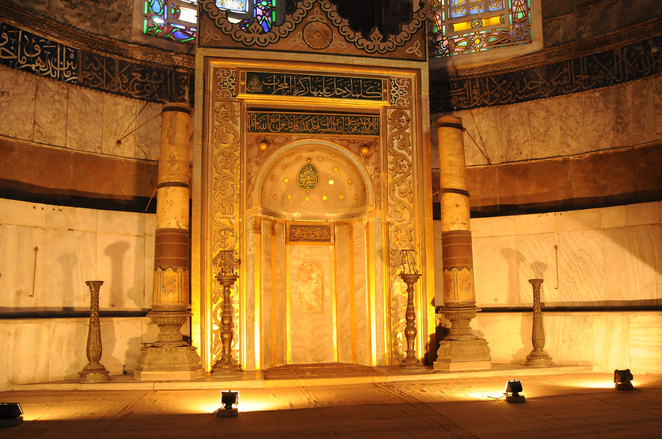 Is religion still worth fighting for? Can the God of Islam and Christianity be of any help in modern times? In the eyes of many modern intellectuals, religion is an ‘opiate’ that stupefies and inhibits critical thinking, and even stimulates hatred and violence. But Western rationalism seems to be blind for the (self)critical core within religion itself.

This ability for criticism has always been present in the history of Christianity as well as in Islam, and should be valued as our best chance for countering fanaticism today. Symposium with Christian Lange (Islamic Studies, University of Utrecht) and the philosopher and theologian Marc De Kesel (Université Saint Paul, Ottawa).

Marc De Kesel, a Flemish Belgian, is a philosopher working at Saint Paul University (Ottawa, Canada). He wrote the book Goden breken (‘Breaking Gods’) in which he showed that religion had a major impact on modern Western secular culture. Taking his cue from modern philosophers such as Jacques Derrida and Slavoj Žižek, De Kesel argues that religion is not only about following dogmas, but instead teaches us how to be a critical being. Fanatics who practice otherwise, are in fact unfaithful to the critical core of their own belief. Besides thinking about religion, De Kesel also published several books on political theory, ethics, French philosophy and Holocaust studies.

Christian Lange was born in Berlin. When he was PhD at Harvard University in New York, the Twin Towers were destroyed by Muslim terrorists. This decisive moment made him realize that he had to continue his work on Islam. Nowadays he is Professor Arab and Islamic Studies at Utrecht University. He is a member of the ‘Jonge Akademie’ (‘Young Academy’), a national board for leading young scholars working in the Netherlands. Primarily, Lange is interested in Islamic theology, Islamic law and Islamic mysticism. His latest book is Paradise and Hell in Islamic Traditions (2015). He also wrote a historical novel, Der Geheime Name Gottes (‘The Secret Name of God’), wherein he presented his ideas on Islam in fiction. Lange says it is absurd to compare a religion like Islam with ideologies such a fascism. Islam cannot be reduced to a fixed ideology with a violent essence. Instead, one should speak about a variety of ‘Islams’, constantly debating each other.

The chairman is Ruud Welten, a Dutch professor in philosophy at Erasmus University (Thomas More Chair). He wrote on Jean-Paul Sartre in relation to violence and terror and on the strong ties between art, literature and biblical texts. Apart from being professor in Rotterdam, he is also lecturer and lector Ethics & Global Citizenship at the University of Applied Sciences.