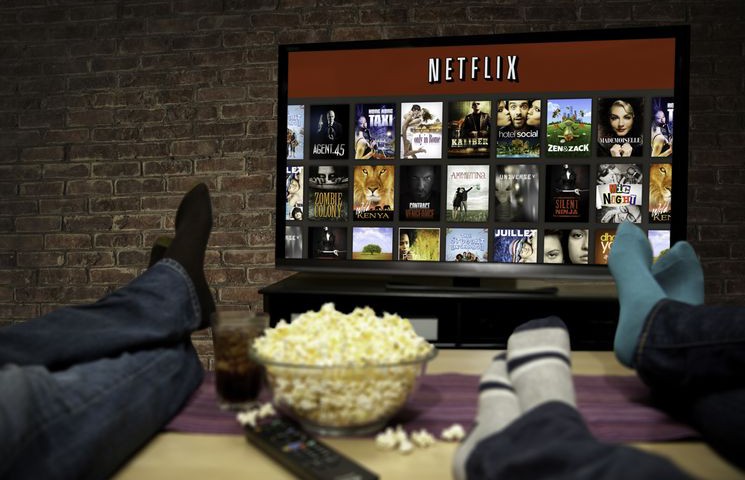 The term binge-watching, viewing a full season of a television show in one sitting, was pioneered and promoted by Netflix especially with their award winning show, House of Cards. Instead of the normal network schedule of one episode per week, Netflix released all 13 episodes of their show in one night. This allowed the audience to watch the show on their time-table, how they wanted, and WHEN they wanted. Netflix understands the viewer public and caters to this new type of audience experience by giving them what they want. The audience wants the content now, now, now, and Netflix gives it them. The viewer is now in control.

While the advantages are obvious– being able to catch up on popular shows before the series ends and others— Brian Dunphy will explore what happens to the viewer when they experience a show that used to take years to consume but can now be consumed in a matter of days. Using Netflix’s House of Cards but also, Richard Linklater’s award winning films, Boyhood and The ‘Before’ Trilogy, (Before Sunrise (1995),Before Sunset (2004) and Before Midnight (2013), he will explore how unique the experiences are for each mode of viewing.

Brian Dunphy is the Undergraduate Deputy Chair in the TV and Radio department at Brooklyn College, NY where he teaches satire, politics, mass media and writing for television. He is currently working on the second edition of his book, “Satire’s Brew: Mass Media & Coffee Beans (2014)” and creative director of a soon to be released web-series, “Unproductive.”

Over the past few years, Brian has developed a reputation for pushing the academic envelope with classes revolving around Satire & Mass Media and Politics & Mass Media. He also created, and taught, the controversial and incredibly popular course, ‘South Park and Political Correctness’, which splashed onto the headlines of the NY Post and was featured on CBS and NPR.  He also wrote the book Satire’s Brew: Mass Media & Coffee Beans, an analytical journey of political and social satire with a second edition coming in 2016.