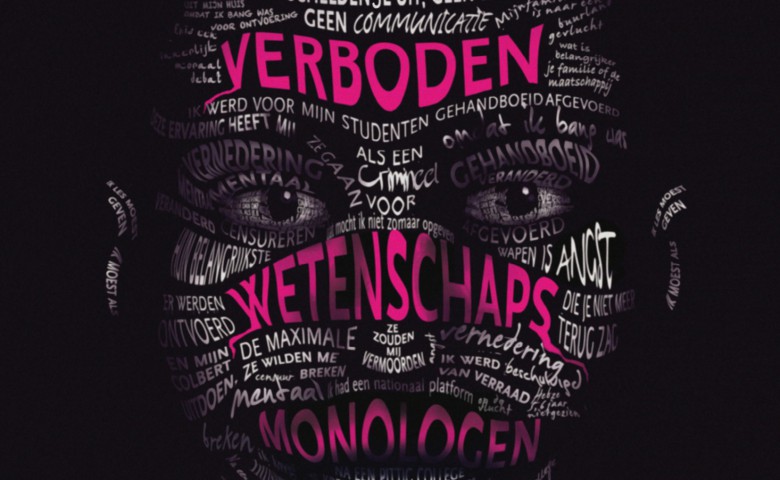 The Courage to Think monologues feature local actors performing the stories of scholars who refuse to stop thinking, questioning, and sharing ideas, despite terrible risks.
Make a reservation for the performance of the Courage to think monologues

The Courage to Think Monologues tell the heartbreaking stories of courageous academics who were persecuted in their own country and found a safe place in the Netherlands.

Worldwide, many scientists are daily threatened with death. They often play a crucial role in social change in their own country. But through their activities and outspokenness, they are often a target of repressive regimes or fundamentalist groups in their country.

Through the UAF Scholars at Risk project these persecuted scientists found a temporary, safe workplace in the Netherlands or Belgium.

The stories of these scientists are incorporated in the theatre play ‘The Courage to Think Monologues’. Afterwards there will be a discussion with the audience to reflect on the performance.

The Monologues were written by Peter and Sascha Hilhorst, Manou Scaling Zeegelaar Breeveld, Guus Pengel and Paulette Smith, on behalf of the UAF. Theatre Producer, politician and cultural activist John Leerdam is director. In 2012 and 2013, the play toured the Netherlands.

Actor Raymi Sambo tells the impressive story of the African professor Kanouté, who due to his critical attitude went from university  to prison. An international letter-writing campaign manages to get him released, but the professor’s life is no longer certain, and has to flee to the West.

Moderation by Kees Biekart, Associate Professor in Political Sociology at the International Institute of Social Studies of Erasmus University Rotterdam.

Aftertalk with Felix Kaputu, one of the scientists on which the monologues from the play are based and Berend Jonker, policy International Policy officer,  UAF (Foundation for Refugee Students).

Forbidden Science Monologues were developed in collaboration with BKB campaign office and is co-financed by SNS REAAL Fonds, Democracy and Media Foundation and Hivos.