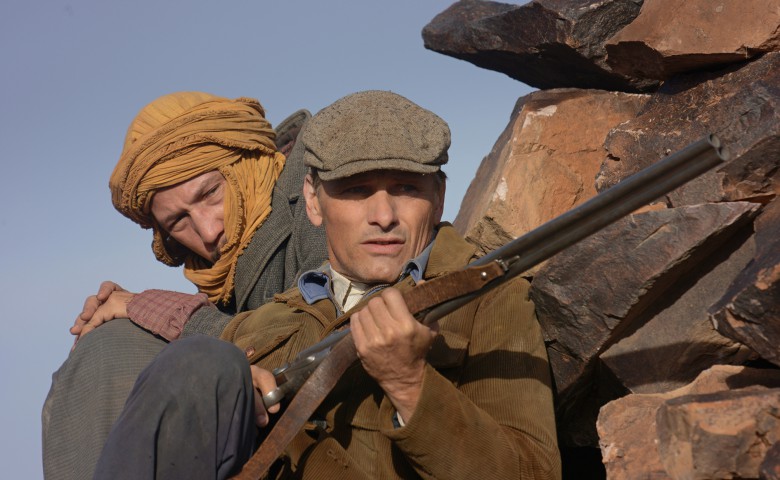 Shortly before the outbreak of the Algerian War of Independence, a teacher (Viggo Mortensen) is forced to accompany a local murderer (Reda Kateb) across the Atlas Mountains to a French colonial court. A North African Western, based on a short story by Albert Camus. Music by Nick Cave and Warren Ellis.

French colonial Algeria, 1954: the War of Independence is about to break out. This is the birthplace of Albert Camus, author of the short story L’Hôte (The Guest) from 1954, on which director David Oelhoffen based his screenplay.

Algerian murderer Mohamed (Reda Kateb) is delivered, bound, to Daru (Viggo Mortensen), a teacher born in Algeria to Spanish parents. He must take this man across the Atlas mountains to a remote court. He starts the journey with great reluctance, as it means leaving behind the little school he runs in the middle of nowhere.

Like in a real Western – except in North Africa – the two men undertake the arduous trek through the Algerian desert, accompanied by the atmospheric music of composers Nick Cave and Warren Ellis, braving bad weather and battles between revolutionaries and colonial forces. They are even chased by villagers who want to try the prisoner according to their own blood laws. Inevitably, the pair grow closer together.

Buy tickets in our webshop