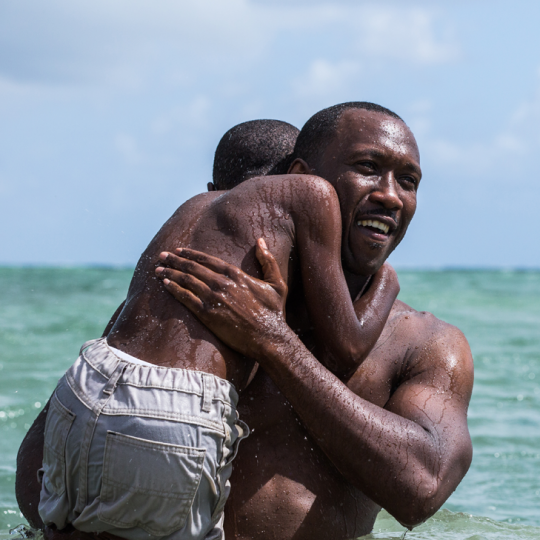 Together with International Film Festival Rotterdam and ESN-Rotterdam, we will be screening Moonlight, the audience favorite film of last year’s edition and Oscar Best Film.

American indie sensation shows the life of a black man as he grows from being the poor child of a single, addicted mother into a tough adult continually wracked with doubt. This poetic narration about the exploration of identity, sexuality and bonding is pioneering in its tender portrayal of black masculinity. Winner Golden Globe and Oscar for Best Picture, winner Warsteiner Audience Award IFFR 2017.

Before the film starts, people from IFFR will be given us tips on which films to see during the upcoming edition (25 Jan-5 feb). Also the complete programme brochure will be available

More information about the film:

A heart-rending and heart-warming story about a young black kid growing up to be a man in surroundings where danger lurks everywhere. Chiron has to find his way in life at an early age, without a father and with a drug-addicted mother, while he gradually discovers his sexual identity. In a colourful, warm and scintillating style, this biopic takes us to the feelings cloaked in silence of this lonely outsider.

Based on Tarell Alvin McCraney’s play In Moonlight Black Boys Look Blue and on his own experiences, Barry Jenkins sketches a poetic narrative with deep understanding of the pain and challenges that growing up in a poor black district of Miami involves. This second film by Jenkins, who already proved his cinematographic vision and unique voice in the film landscape with Medicine for Melancholy (2008), is pioneering in its tender portrayal of black masculinity. Winner Golden Globe and Oscar for Best Picture, winner Warsteiner Audience Award IFFR 2017.

In cooperation with ESN-Rotterdam and International Film Festival Rotterdam