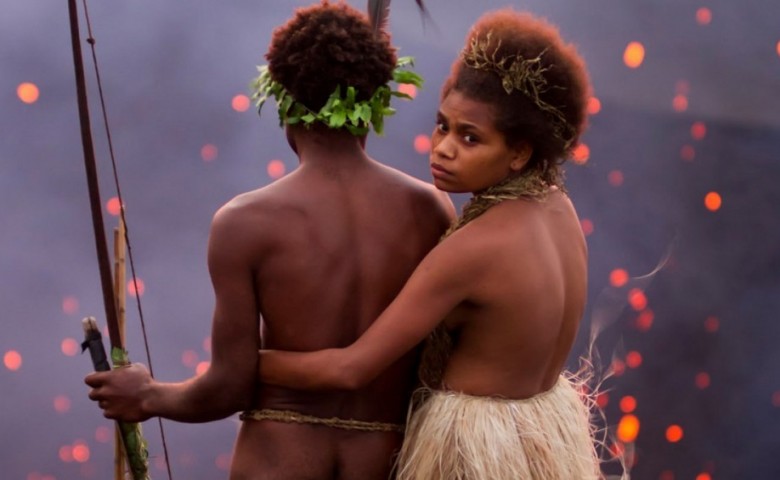 On an island in the Pacific, two young lovers rebel against old customs, causing tensions to rise high. Enthrallingly photographed drama about the necessity of change and a desire to break the chain of violence. Based on a true event and performed with brio by the local population.

“By holding on to our traditions we’ve been able to withstand colonialism, Christianity and money”, reflects a worldly-wise chieftain on the tropical island Tanna. But suddenly traditions don’t seem to suffice any more. To defuse a violent conflict, the young girl Wawa is married off to a neighbouring tribe, as a result of which she can’t marry the boy she loves. The enamoured couple refuses to comply with this custom and elopes, with drastic consequences.

Impressive images of a paradisiacal jungle and the infernal crater of an active volcano form the background of this drama about a forbidden love. This is the first feature film by documentary makers Butler and Dean. They spent seven months among one of the tribes on Tanna that actively upholds the traditional way of life. Together with them they developed the scenario, which is based on an event that took place in 1987 and includes an unexpected role for the British royal family.

More information
Tickets: €2,50 (available in our webshop and on the night itself at the door)
Cooperation with International Filmfestival Rotterdam, ESN-Rotterdam
Related items