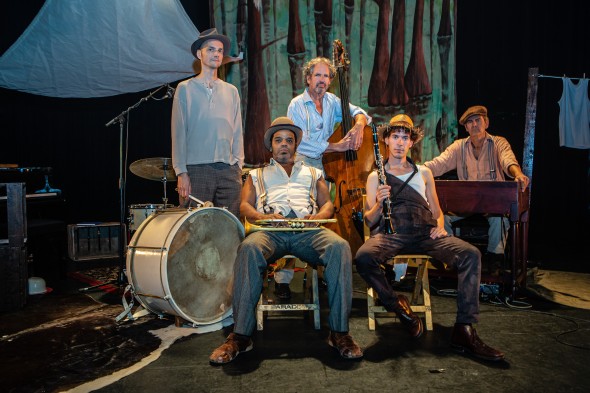 Jazz from New Orleans – Concert by Michael Varekamp and band

‘The Big Easy’ takes you on a hunt for New Orleans’ ultimate secrets. The city that stood at the cradle of all jazz and ultimately the pop music that would come from it. No Jimi Hendrix without Fats Domino and no Michael Jackson without Louis Armstrong. ‘The Big Easy’ is an ode to heroes like Doctor John, Professor Longhair and Tom Waits. With his rusty voice you imagine yourself in a rough night on Bourbon Street where the blues is never far away. A trip to the roots and back!

Michael Varekamp
Michael Varekamp played from New York to Sydney and from Havana to Johannesburg. He received the Kobe Award in Japan and recently worked with Branford Marsalis. He is assisted by the Americana / Roots specialist guitarist Arto Boyadjian, frontman of The Dutch Eagles.

Time:
This concert will take place 2 times on one evening. Choose the time slot of your choice. You can also reserve a free ticket for the live stream for the second concert.
First concert: 7.30 – 8.30 pm
Second concert: 9.15 – 10.15 pm (with Live streaming)

Ticket information
Students: €5,00
Employee: €10,00
Watching the live stream of the 9.15 pm concert is free (reservation is necessary for receiving of the link)