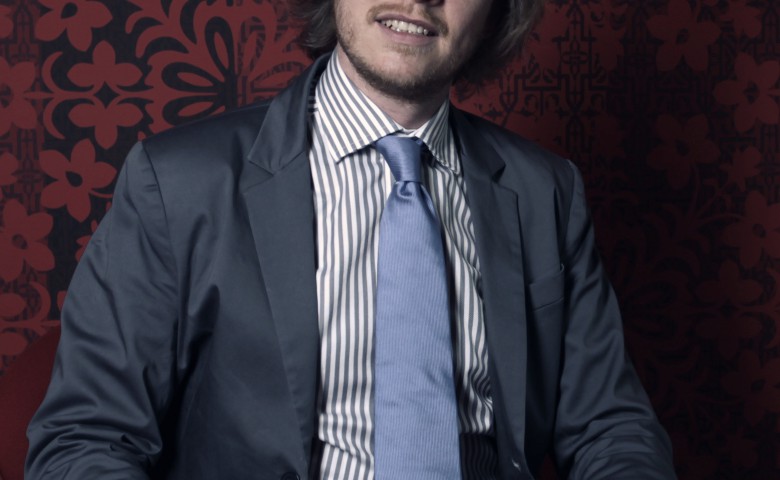 “Why the world and man do not exist”
Lecture and debate by and with Markus Gabriel and Henk Oosterling
Prof.dr. Markus Gabriel (1980) is one of the leading philosophers of this moment and Professor of Theory of Cognition at the Rhenish Friedrich-Wilhelm University of Bonn. Dr. Henk Oosterling is Professor of Philosophy at Erasmus University Rotterdam.

In the bestselling book ‘Warum es die Welt nicht gibt’, philosopher Markus Gabriel reconders the idea of man as the animal that asks the biggest metaphysical questions about the world as encompassing totality of things. From ancient mythology to modern science man is the animal that creates world-pictures. However, Markus Gabriel argues that “metaphysics is strictly speaking nonsensical and there cannot be coherent world-pictures, precisely because the world, reality as a whole, does not even exist. There is however an infinite plurality of fields, which humanity has just mistaken for a unified huge world for millennia. It is time to overcome the metaphysics of the world, as it currently even threatens our civilization.“

Register for this lecture

Philosopher Henk Oosterling pushes it even further, by stating that man does not exist either. According to Oosterling, “‘the 21st century man’ will have to learn to balance on a wire, that is tied on this side to the hyper consumerist individual and on the other side to a creature that is an unprecedented, extraordinary singular ‘being’. We should face our current condition humaine and capture it in words; we are ‘interviduals’, junctions in networks whose meshes are its quintessence.” As Oosterling states: “We are radically mediocre feedback loops, trackers who seek their new footprint in a nonexistent world.”

Or, as Markus Gabriel would state: ‘Metaphysics is dead: long live the unicorn’.

Prof.dr. Markus Gabriel (1980) is one of the leading philosophers of this moment and Professor of Theory of Cognition at the Rhenish Friedrich-Wilhelm University of Bonn. At the time of his appointment in 2009 he was the youngest Professor of Philosophy in Germany ever. With Slovenian philosopher Slavoj Zizek he wroteMythology, Madness and Laughter: Subjectivity in German Idealism (2009). With Warum es die Welt nicht gibt(2013) he achieved fame as a new and lasting star in popular philosophy.

Dr. Henk Oosterling is Professor of Philosophy at Erasmus University Rotterdam. Among his many books Intermedialities: Philosophy, Arts, Politics and Doendenken. Oosterling is also initiator and director of Rotterdam Skillcity, a bottom-up intervention project for urban revitalisation and educational renovation focused on the social-cultural and socio-economic aspects of a 21st century craftsmanship in Rotterdam.

For a TEDx talk by Markus Gabriel click: http://www.youtube.com/watch?v=hzvesGB_TI0