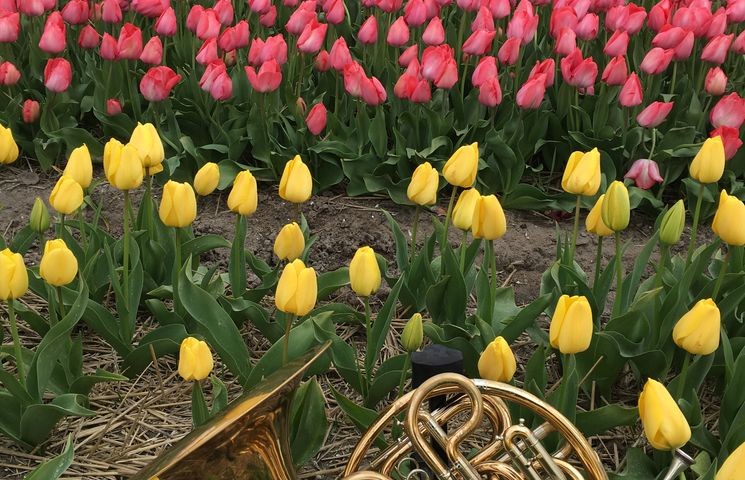 This concert by the Rotterdam Student Orchestra (RSO) with the title ‘My Motherland’ is full of colourful music from the Czech Republic, Finland and Germany. These pieces have one thing in common: love for their Motherland. The Rotterdam Student Orchestra will be performing parts of the Slavonic Dances, the Moldau, Finlandia and the Egmont Overture. A concert you don’t want to miss!

In this summer concert the RSO plays a few pieces by famous composers. In these pieces it’s all about their native countries. Everyone, who claims to have a little knowledge of classical music, knows it: Dvořák comes from the Czech Republic, like Smetana. Verdi is from Italy, Sibelius from Finland and Beethoven from Germany. Although, this is not fully true, because during the lifetime of these composers these countries even didn’t exist. Take for an example the Czech Republic: it consisted of Bohemia and Moravia and that was again a part of Austria-Hungary. Italy was a patchwork of little kingdoms, like Germany, and Finland was a part of Russia.

Nevertheless, the RSO will play real Czech, Finish and German music. As well Dvořák, Smetana and Sibelius were very much aware of their motherland, or what they thought it should become in their eyes. Bedřich Smetana even wrote a cycle of symphonic poems which he called “My Motherland”. The RSO plays the most famous among them: The Moldau, (Vltava in Czech), after the great river that flows through Prague. Antonín Dvořák wrote the Slavonic Dances that became so popular that in Austria-Hungary they became a bit uncomfortable with it, and Sibelius composed Finlandia – as a protest against the withdrawal by Russia of the autonomy of the Finish region.

In those days this music was quite politic, but today mainly the beauty of the music remains. So come and listen!

And Beethoven? From his hand the RSO will play the Egmont overture, named after the Dutch Count of Egmont, who was at the side of William “the Silent” of Orange – the Dutch Father of the Fatherland, as he is known.