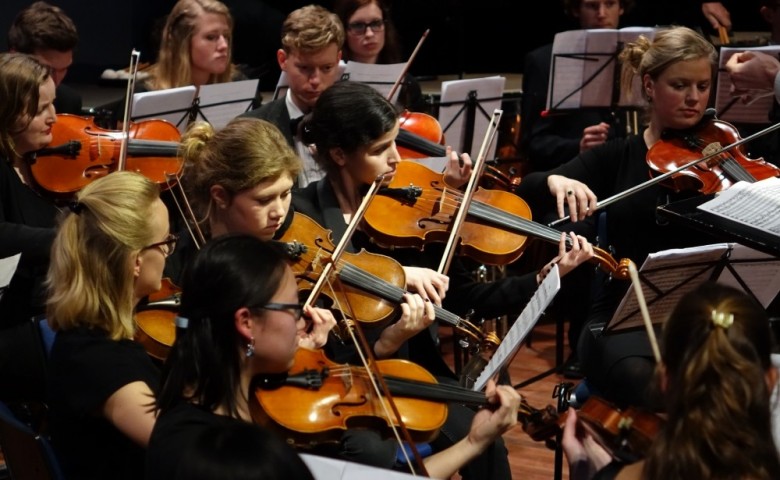 The Rotterdam Student Orchestra plays its yearly summer concert in the Erasmus Paviljoen with works by Dvořák and Wagner.

Please be welcome to enjoy this sunny music on Thursday evening June 15th at the Erasmus Paviljoen on campus Woudestein!

Tickets:
Students 2,50
Others: 5,00
Tickets can be obtained through the webshop (subscribe) and are available at the door at the night of the concert.

More information about RSO:
The RSO is a symphonic orchestra for students from Rotterdam and its vicinity. See for more information: http://www.nu-rso.nl/?lang=en

Wilhelm Richard Wagner (1813-1883) is a German composer and one of the most important innovators in music of his time. The Siegfried-Idyll is a symphonic birthday poem by Richard Wagner, who wrote  it in 1870 for the birthday of his wife Cosima Liszt.

The original title is: “Idylle from Tribschen with Fidi’s bird song and an orange sunrise, as a symphonic birthday treat. For his Cosima composed by her Richard “.

The piece was performed in the hall of the house of Wagner and Cosima at half past seven and was not played for long because he wanted to keep it private and it remained Cosima’s secret treasure all the time. However, when Wagner came in financial trouble in 1877, he was forced to issue the piece.

On one occasion, Dvořák heard parts from Wagner’s opera. This visit has influenced the young Czech composer.

Antonín Leopold Dvořák (1841 – 1904) is a Czech composer and belongs to one of the top three composers of Bohemia. His eighth symphony is a cheerful and lyrical piece inspired by the Bohemian folk music that Dvořák loved so much.

Dvořák composed this symphony in two months in the summer of 1890 in honor of his admission to the Prague Academy.

The eighth symphony is nicknamed the English Symphony. In the first part we hear the call of the birds back in the whistles.

The second part is inspired by calm landscapes; It depicts a summer day, interrupted by thunderstorms.

Because he had disagreement with his own publisher, Dvořák brought the work to a London publisher in 1890. This yielded the nickname “English Symphony”.