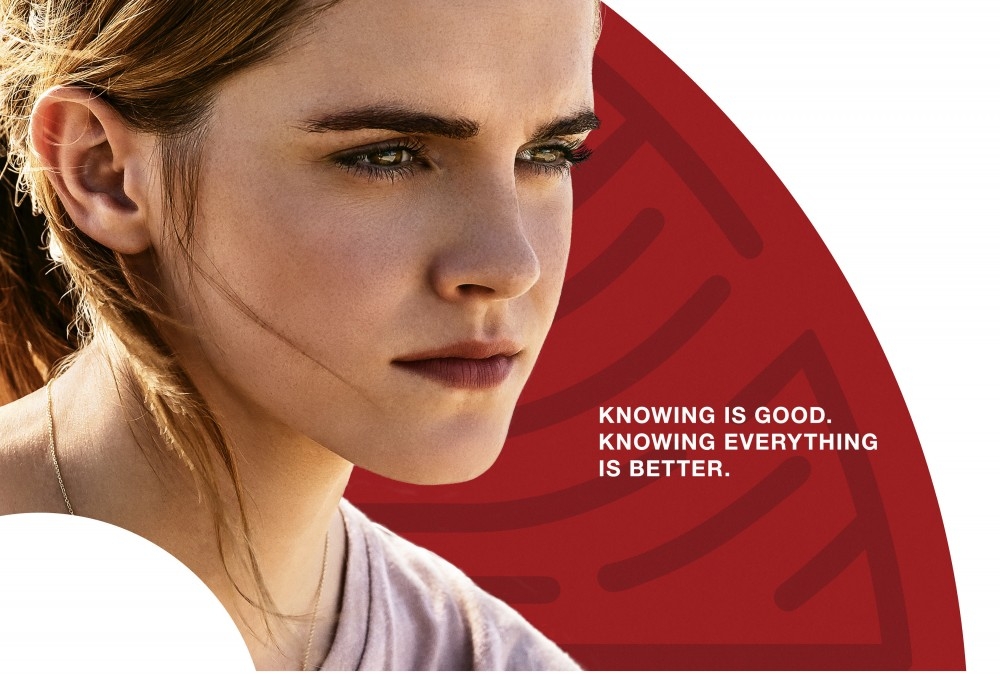 Secrets are Lies | ‘The Circle’ Discussion

Discussion about principles related to The Circle (Open Air Cinema), such as ‘Secrets are lies’, Privacy is Theft’,’Sharing is Caring’ and ‘Full transparency’ and how they are related to our present-day life. Has ‘The Circle’ become reality?

The book and film The Circle (author: Dave Eggers/director: James Pensoldt) has been called the sequel of the dystopian novel 1984, since similar to ‘Big Brother’, the ‘SeeChange’-cameras follow everyone and anyone can tap into its footage in real time. The company is led by guru Eamon Bailey, whose employees ‘the Circlers’ work and live on a specially-designed campus (think Facebook meets Apple). In a TED Talk-like presentation of SeeChange, Bailey exclaims: ‘Knowing is good. But knowing everything is better!’

The company demands full transparency in all things. As one of the Circle’s corporate slogan states: ‘SECRETS ARE LIES’. Anonymity is prohibited, personal experiences are public property, which can be broadcasted and accessed anytime and anywhere. Once recorded, nothing can be erased. The Circle’s objective is to have all aspects of human life — from voting to love affairs — stored into one system, the only one of its kind in the whole world.

In this program with Jason Pridmore and Miriam Rasch, we want to discuss issues mentioned in the film and relate them to our present-day life. Has The Circle become reality?  To what extent have we lost our privacy in favor of openness in the digital world? And does digital transparency improve democracy?

Jason Pridmore will discuss the costs of convenience and personalisation. How has social media changed our understandings and relationship with privacy and surveillance? How has the willingness to post so much of our lives online made it easier to connect but also easier to lose much of our privacy and autonomy in subtle ways? Should we really be paranoid about how much we are being watched?

Miriam Rasch recently published the book ‘Swimming in the Ocean’, and questions if it is possible to get complete transparancy, as the idea of The Circle seems to suggest.
Is there anything in human being that is not translated into data?

More about the speakers:
Jason Pridmore: Jason Pridmore is an Assistant Professor in the Department of Media and Communication at Erasmus University Rotterdam. His research interests are focused primarily on practices of digital identification, the use of new/social media and consumer data as surveillance practices, and digital (cyber) security issues. He is co-editor of Digitising Identities: Doing Identity in a Networked World published by Routledge press.

Miriam Rasch: Miriam Rasch studied literature and philosophy and works as a researcher and teacher at the Institute of Network Culture at the Amsterdam University of Applied Sciences. Her research interests are new media and digital culture. She writes essays for, among others, De Gids, De Groene Amsterdammer, Revisor and the American webmagazine The Torist. In 2015 she won the Jan Hanlo Essay Price Klein. Last month, her book ‘Swimming in the Ocean, appeared: Messages from a post-digital world (De Bezige Bij)

Moderator:
Marianne Klerk: She obtained her PhD in intellectual history at the Erasmus University Rotterdam and currently works as a postdoctoral researcher at the University of Oxford. Her research broadly concerns the rhetoric and structures of power politics and covers subjects ranging from military history to political thought.