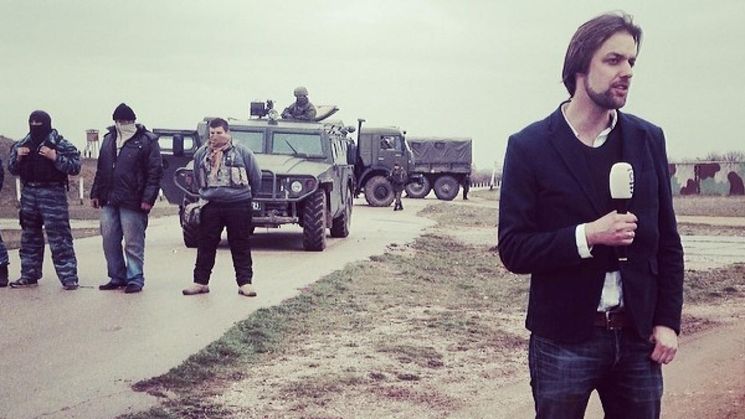 Lecture by Olaf Koens, news correspondent in the former Soviet Union
How do you do business in Russia? Which obstacles do you encounter as an independent journalist? And how should Europe and NATO react to Putin’s expansionism?
Register for the lecture Understanding Russia by Olaf Koens

Olaf Koens has been working as a freelance news correspondent in Moscow since 2011. He reported extensively on Putin’s reelection, the annexation of Crimea and the crash of Malaysia Airlines Flight 17. He was awarded the prestigious title ‘Journalist of the Year 2014’.

The relationship between Russia and Europe has gone downhill since The Netherlands celebrated the recent Russia Year (2013). There were economic sanctions, inflation grew, and the Russian Ruble weakened. According to the unofficial Borscht-index, prices grew with a stunning 49,5 percent.

Last year, mr. Koens won the Dutch prize ‘De Gouden Pen’, for writing ‘In het spoor van de dood doen de details pijn’ about his first night at the crash site of the MH17. It turned out to be the most read article on Blendle.

In October mr. Koens will start his new job as a correspondent in the Middle-East for RTL News.