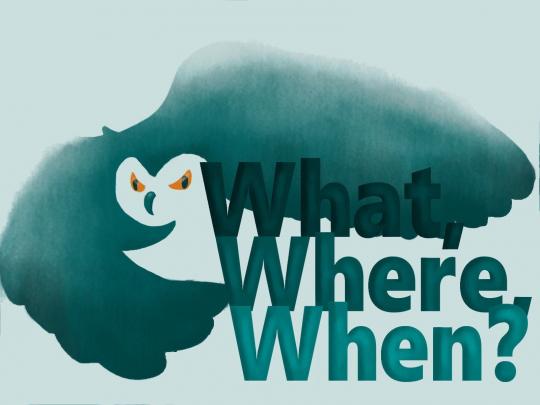 If you come from the Post-Soviet Republic you have most likely heard about The What? Where? When? Quiz (WWW). If not, then you are about to discover! WWW is an intellectual game that was created in Soviet Russia in 1975 as a TV program, but became so successful that the game was adopted by everyone. That is when the sport version of WWW was born. When this happened, the game became an international phenomenon with countries from all around the world playing it. Surprisingly, the Netherlands are still not aware of this great cultural event. And we will try to fix that!

Rules don’t get simpler than this: 1 team with 5 players, 1 question, no answer options and 60 seconds to come up with the answer. What is also important to mention; you don’t need to carry encyclopedia knowledge.

WWW is about knowing the basics to answer a complicated question. Sounds overwhelming but you can’t imagine how much intelligence and mind power can be demonstrated by a team in only a minute. Whether you are a professor, staff member or a student- everyone can join and win!

Also expect live music and a fancy prize for the winners! So, if you are ready to test your brain in a fun and exciting way, be sure to join!